Since the first Internet companies from China began going public on the NASDAQ exchange about 15 years ago, investment bankers have typically been able to find comparable U.S. companies during IPO road shows in order to help investors better understand the business nature. However, these days when I visit companies in Asia or attend investor conferences, it takes a bit more time and effort to understand the basic business models for some new market entrants. These new start-ups are no longer just copycats of any U.S. counterparts, but are now more deeply rooted in unique economic fundamentals, and more evolved in their own ways. So what makes today’s technology entrepreneurs in China different from earlier pioneers?

First, new ventures need to be better aligned between technology and current lifestyles. China’s earlier Internet start-ups were mostly website portals, search engines or developers of instant messenger applications. One wired desktop was all people needed, whether they were in New York or the other side of the Pacific Ocean. Nowadays, however, things are different. Take ride-sharing companies, for example, which need to work with local taxi unions, city by city. As the Internet and technology have become well integrated into modern lives, a higher level of engagement is often needed in order for new ideas to succeed.

It took 30 years for the U.S. to grow its GDP from US$1 trillion to US$10 trillion (from 1970 to 2000). Meanwhile, China replicated this success in only 16 years, from 1998 to 2014. There, people live different lifestyles. While many don’t have landlines at home, cellphones are a “must have” to navigate the modern world, having leapfrogged the full household penetration of landlines. In addition, a much bigger proportion of Chinese household income is spent online as department stores never developed an efficient supply chain to lower costs. In terms of real estate, when Chinese buyers purchase condominiums, they tend to require additional work from construction companies to build them out as they are more like shells that need much outfitting. And, as an example, of an auto-related new business model, new firms are springing up to help China’s car shoppers verify mileage on pre-owned cars as odometers can often be tampered with in the country’s aftermarket sales.

Secondly, entrepreneurs are now more creative, and capital markets are more sophisticated these days. Earlier entrepreneurs are mostly “returnees”—people who grew up in a much less commercialized society, often obtained their bachelor degrees in China, went to the U.S. for graduate school, and secured jobs in places like Silicon Valley before returning back home to copy and implement U.S. business models. Over a decade ago in China, venture capital was still a foreign concept. When people with ideas in China wanted to start their own businesses, family and friends were often the first and only ones they could turn to for loans. Not surprisingly, many start-ups struggled with financial obligations from day one and struggled to get off the ground. Now, all one needs is simply an idea, a business proposal and a capable team. There are hundreds of experienced venture capitalists who have the money, market knowledge and most importantly, the ability to differentiate between the quality of various entrepreneurial teams.

Although China’s economy has been slowing, I am excited by the new generation of entrepreneurs that is viewing some of the country’s earlier challenges as opportunities. 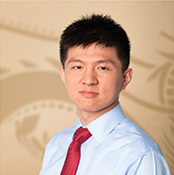