In this new edition of its “2018 International Advisors Conference“, which, as usual, was held in the city where the company has its headquarters, Santa Fe, New Mexico, Jason Brady, Thornburg’s President, CEO and Managing Director, welcomed the attendees. In his speech, he explained the characteristics that make his company’s investment process different; which begins with the importance of the firm’s location, away from the noise of Wall Street, in order to accordingly process the huge volume of information that investment managers receive nowadays. With about 48 billion dollars in assets, the company consists mainly of private capital of which an important part is held by its Managing Directors and employees (1.88%).
“We consider a wide range of opportunities, beyond the limits of the conventional, to find the best relative value. Thornburg uses a flexible perspective that benefits from the interaction of various investment teams in order to refine ideas, obtain better judgment and more competitive results for investors,” says Brady.

We feel that this leads us to better investment results for our clients. We look for a challenge, we focus on the objective and not on the reference indexes, which ultimately translates into conviction portfolios with a high active share. “Our investment approach is structured, in order that by being repeatable over time we can then achieve superior long-term results for our clients.” Specifically, the asset manager specializes in six asset classes, domestic and international variable income (value, growth and emerging), global fixed income, municipal bonds, multi-assets and alternative strategies (long/short in equities).

The Outlook for Emerging Equities

After Brady’s presentation, came emerging markets’ turn; these markets, representing 86% of the world’s population, 40% of the GDP and 21% of the market capitalization, usually translate into a greater demand for goods and services by an increasing middle class, with a much faster GDP growth. Something that already happened in the US during the past 50 years, and that Charlie Wilson, co-portfolio manager of the Thornburg Developing World portfolio, and Pablo Echavarría, Associate Portfolio Manager, recognize as a determining factor for long-term investment.
In the last ten years, the composition of the MSCI Emerging Markets’ index has changed substantially, if a decade ago the extractive industry and banks dominated market capitalization, nowadays, it’s technological companies such as Alibaba or Tencent the ones that lead the market. In that regard, the Thornburg’s strategy prefers to leave the index aside and choose quality companies with attractive valuations that minimize the typical breaks in which this type of asset usually incurs.

“In order to assess company quality, we pay close attention to the alignment of corporate governance’s interests with those of minority shareholders. We also examine the company’s balance sheet in depth. What we seek above all is to hedge the downside risk, since that’s the way we can obtain a higher compound interest rate, providing higher quality and higher return rate return to the fund. We tend to invest in financially sound companies, companies with low leverage that show no deterioration in their cash flows. These two issues are the most important in a bear market. In addition, we pay attention to the valuations, mainly those expressed in terms of free cash flows, and we establish an objective for the return in order to create expectations about the company and to measure the impact of the investments,” said Echavarría.

They use an approach of three investment baskets for the portfolio’s construction, in the first one they include basic value companies, with securities that fall within the classic description of the investment value. In the second basket, the stocks that consistently earn profits, and in the third, the growth companies that they call emerging franchises. “This approach allows us to participate in the market cycle’s different tides. It allows us to be aware of relative growth and the performance profile adjusted by the risk of these companies. We search among the different baskets, focusing on building differentiation to address market expectations,” argued Wilson.

Then came fixed income’s turn; Lon Erickson, Portfolio Manager and Managing Director, expects that international demand and the consequent pressure on the yields of fixed income will decrease in 2018 due to the weakness of the dollar. “The majority of international investors invest with a hedge in currency, but the cost of hedging increased considerably with the movements in exchange rates. Once this cost is added on, US returns do not look as attractive. In addition, the Fed is reversing its asset purchasing program, as is the ECB, and even the Bank of Japan is talking about how to eventually exit the QE program. If you believe, as do we, that the purchasing program kept rates at low levels, it is reasonable to think that it will put some pressure on rates once the stimulus is withdrawn,” he said.

According to Erickson, the main question is whether it will affect them for better or worse. “An experiment on the Fed’s balance sheet like this one has never been seen before. At the current rate of reimbursements, it will take up to 6 years to return to the previous balance of one trillion dollars, a considerably slow schedule that the market could absorb. But it’s not only the Fed that is withdrawing liquidity, the ECB has also begun the withdrawal; which is something that will reduce the demand for dollar assets and increase the pressure on rates. We expect more pressure on the returns of the 10-year bond, but we also believe that it will be contained, as there is still some uncertainty surrounding the robustness of the US economy.”

According to the asset manager, spreads are very compressed and leverage levels are historically similar to those maintained during a recession. Regarding inflation, he believes that the recent fiscal reform will add pressure. Finally, in relation to positioning, he explains that credit opportunities are less attractive, since the public and corporate balance sheets don’t look as solid. Opportunities in interest rates exist above all in the long term and in the cash position, which responds directly to the Fed rate hikes. “It’s where the opportunities can lie in the short term, whilst waiting for new opportunities in the curve,” he concludes.

The Power of Dividends

Then came the turn for the company’s flagship strategy; Brian McMahon, Thornburg’s Vice-Chairman, CIO and Managing Director, presented Thornburg Investment Income Builder’s capabilities; the strategy was designed for investing 75% in stocks and 25% in bonds, but currently allocates 90% in equities, since the actions of central banks during the past few years has displaced investors out of the bond market. “The central banks of the main developed economies, the US, the UK, Japan and the Eurozone, have bought a very high percentage of debt in relation to sovereign bonds issued by these countries. In 2013, the Fed bought two thirds of the bonds that were issued, leaving only one third for the rest of private investors. Also, in 2017, the Bank of Japan bought 250% more than the amount issued by the government. The European Central Bank’s behavior was similar, substantially reducing the offer of sovereign bonds of developed markets and making asset managers’ work more complicated,” said McMahon.

As for the choice of companies that pay dividends, Thornburg chooses companies that have a capital discipline, that only invest in capitalization expenses if they have good projects to invest in and which respect their dividend payment policy. “From 2011 to 2017, the average growth rate of dividends globally has been good. The dividend yield of the shares has become very competitive compared to high-yield fixed income, in fact, in Europe, it is slightly higher than yields of the high-yield bonds issued in the region.”

According to McMahon, the positioning of the portfolio responds to the search for opportunities between regions and sectors that offer the highest dividend yield. “We fish wherever there are fish. By geography, at the end of Q1, we give preference to Europe, excluding the UK, to North America as, despite the US offering one of the lowest dividend yield rates of 2.1%, we trust that there will be a change with the fiscal reform, and to the Asia Pacific region; while, by sectors, we favor the financial, telecommunications, energy and consumer discretionary companies. We maintain a low exposure to the sectors that have traditionally been related to attaining dividends, such as public utilities, materials and real estate; because at present they have been an asset sought as a refuge and are traded similarly to short duration bonds.”

They expect that 76% of positions in the portfolio increase their dividends within the next 12 months, and that of the 14% that will pay lower dividends, 66% are companies that had already paid a special dividend the previous year. However, what will happen when rates continue to rise? The asset manager acknowledged that strategies similar to that of Thornburg Income Builder have lost about $ 100 million in outflows from investors who fear an increase in US Treasury rates. But, in the past, the fund has managed to surpass yields obtained by fixed-income indices when the 10-year Treasury rate has risen by more than 40 basis points in 27 periods, exceeding in 24 of them the profitability of the US Corp Bond Index and the US Aggregate Bond Index, and in 20 periods the profitability of the US HY Bond index.

It all started on Thanksgiving 36 years ago, Garrett Thornburg, Founder and Chairman of the company’s Board of Directors, and who had previously been a partner of Bear Stearns & Co, as founding partner of its public finance division, and CFO of Urban Development Corporation, decided to focus on the management of investment strategies. Two years later,Brian McMahon left Northwest Bank to join Thornburg. Together, they launched a first municipal bond strategy, followed by government bonds’ strategies, US value equities, international value and growth. Thus, in 2002, the Thornburg Income Builder strategy was launched, and in 2006, Jason Brady joined the firm.

“Our main value is doing the right thing. It’s very simple; we act with integrity and put our clients’ interests first. Our portfolios are concentrated, so we are not always in sync with the fads that may be in the market. We focus on the long term and therefore our equity strategies outperform their indexes in all their categories. Our motto, “It’s not what we do, it’s how we do it”, is very representative. And, our way of investing is collaborative, the entire management team is in Santa Fe and they work together, in total 236 people who can find a good investment idea. It’s possible that this idea does not fit into a value strategy, but it may work for a growth strategy,” Garrett Thornburg commented during his presentation.

As the event progressed, they didn’t insist as much on the positioning of the portfolios when facing the markets as on the importance of asset managers adhering strictly to the investment process of each strategy. “We are not experts in guessing the future. We carry out a conscientious decision-making process and believe that excellence in investment should guide our decisions. We look for the best for our clients,” concluded Rob McInerney, Sales Manager and Managing Director for the management company, who also emceed the event. 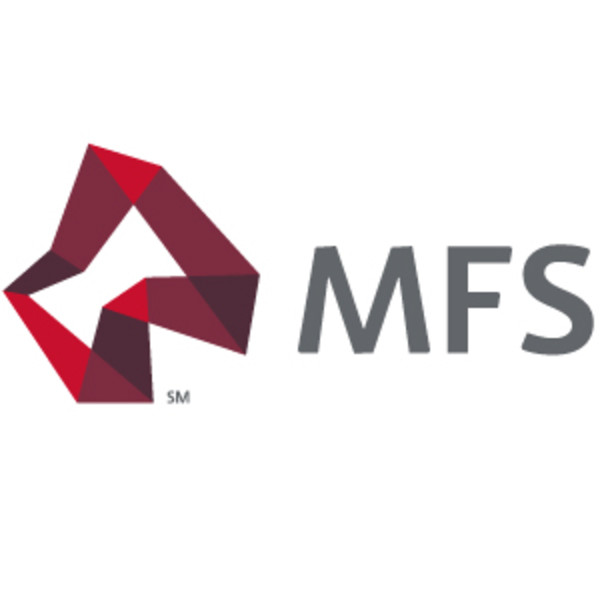